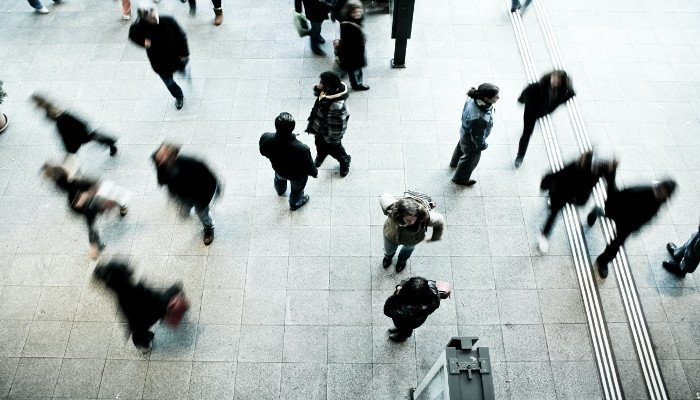 Human beings were made to move and be physically active. The majority of people spend most of their time either sitting or standing in same place. That may be the norm in our society, but not the norm for how we were designed.

Our lifestyles lead to all the common ailments we deal with these days. Things such as the obesity epidemic at crisis levels and health problems that out pace modern research and medicine.

Mention regular exercise to most people and watch their eyes glaze over. In reality, most people don’t have enough time or energy to exercise most days of the week.

So, we find ourselves in a real pickle. Move more or get fat with less and less energy to move?

As it turns out, There may be more benefit than anyone ever thought from short bursts of activity during your normal day.

We’ve heard for several years, decades actually, that we need 30 minutes of exercise every day to stay healthy. But, there’s solid research that refutes that idea. Well, kind of?

The research found that short bursts of activity such as taking the stairs, vacuuming, raking leaves, or walking the dog, during the day can be just as helpful as that trip to the gym for a more structured exercise regimen.

That’s good news for a lot of people that just can’t make time to exercise.

The researchers examined a nationally representative sample of over 6,000 American adults and saw that an unstructured active lifestyle appeared just as effective as structured exercise in providing benefits to overall health.

In fact, the only area where the shorter bursts didn’t equal the benefits of sustained exercise was in body mass index. That means taking the stairs or vacuuming helps you stay healthy, but probably not so much when it comes to weight loss.

As an example, those in the shorter exercise group who managed 30 minutes of total activity per day (broken up into short burst of activity) had an 89% chance of NOT having metabolic syndrome.

For the structured exercisers the risk was 87%.

The research indicates that just getting physical several times a day has basically the same effect on reducing your risk of disease as 30 minutes of structured exercise.

So, if you’re interested in better blood pressure, lower cholesterol, and lowering your risk of disease, just adding a few minutes of physical activity to your life can definitely help.

What’s more, the team also found that a surprising 43% of adults who did short bursts of activity actually met the 30 minutes a day physical activity guidelines given by the federal government.

Those one and two minutes of activity added up in terms of health.

Study co-author Brad Cardinal who is a professor of exercise and sports science at Oregon State believes the findings of the work defy the laziness myth of American adults because it shows that lots of people achieved the recommended exercise guidelines.

This is significantly more than the reported 10% of study subjects who said they exercised in a structured way.

The other author of the study, Paul Loprinzi who was a doctoral student at Oregon State University when he did the research, encourages us all to look for those everyday ways to be active.

Walk back and forth while on the phone, climb those stairs, walk anytime you can, use a push mower instead of a riding one, rake leaves.

You might also try getting up (and not for a snack) during commercials and doing some sit-ups, push-ups or jumping jacks. At your child’s sporting events, use the half time break to walk about, stretch your legs and get your heart pumping.

The findings of the research are important because they address one of the most often cited barriers to getting more active – not having the time.

The study suggests that adding activity into your everyday routine can bring you benefits, though probably won’t help with weight.

Making being physically active a way of life is likely a smart strategy in terms of ongoing health.

Be aware of the things that might entice you to sit, or be less active and avoid them as much as possible.

Rather than focusing on getting that 30 minutes of exercise in just one sitting… just get yourself moving for a minute or two and you’ll see a benefit to your health.

Instead of saying “I have no time for exercise” look for and take advantage of every opportunity to use your body, move, stretch, and get physical.